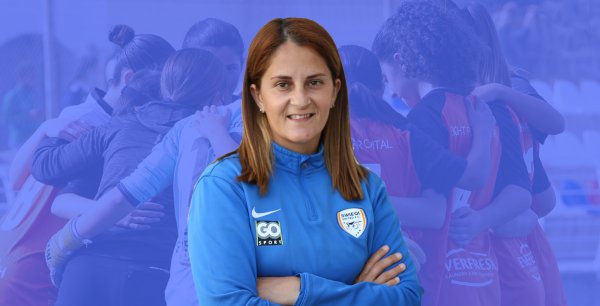 24.04.21 Swieqi United is an organization that prioritizes the development of the individual...as much as the team

An Exclusive Interview with Mandy Debono.
Mandy Debono is no stranger to local football enthusiasts. A stalwart with the Maltese National Team (ammassing well over 40 caps for her country), Debono's vast experience nowadays not only benefits Swieqi United's Seniors squad but also filters down into the Academy. Her enthusiasm for the game, coupled with her management and direction make Debono one of the most innovative and promising coaches within the club.

In this connection, SUFC Media decided to catch up with Debono and discuss past achievements, targets & ambitions.

SUFC: Dear Mandy, thank you for taking the time to speak to SUFC Media. Having joined the club in the 2019/20 season, can you kindly give us a brief overview of your time at the club? Did the overall set-up live up to your expectations?

Mandy: Joining a new club was not an easy decision for me since Hibernians FC was the only club I had played for - for well over seventeen years! However, I haven’t regretted joining Swieqi United because I have found an organisation which gives importance to its women’s team and that prioritises the development of the individual as much as the team.

SUFC: You were part of a group of footballers who collectively decided to join Swieqi United. Having been with Hibernians since 2002, how difficult was it for you personally to change your environment?

Mandy: The change was difficult because we, as a group, formed part of a glorious era who won everything in women’s football and achieved the first positive result (a draw) in the women’s Champions League competition.

Swieqi United is a relatively new team but the club and its members have shown us that they have a vision to promote the women’s team and have always treated us equally - with all other teams within the club. Thus, together with my teammates we are committed to do well and repay the club for their trust, support and commitment towards this group of players.

SUFC: You are in charge of overseeing youth development especially at U15 level - which is certainly a critical period for any footballer. How do you go about motivating and guiding our young girls?

Mandy: Motivation is the key to do well because it drives you to work hard, to do better and to eventually succeed. Football has to be fun but at the same time dedication and time commitment are important factors. I always try to push the girls to be the best version of themselves and to achieve this - one must keep pushing to improve through hard work. I also believe in football as a team sport and try to instill unity amongst the girls so that one supports the other for the benefit of the whole team.

SUFC: Some parents might be apprehensive about sending their girl/s to play football (especially since all local nurseries are heavily reliant on boys to make up the numbers). What would be your message to those parents/girls who are interested in joining Swieqi United?

Mandy: Through my experience I can say that football is not just a sport that keeps you fit physically but it also helps you build your own character, self-esteem, make friends and helps formulate experiences that serve you in good stead throughout your life. The benefits surely outweigh all the cons!

SUFC: And finally, who is your role model in football? (both local and worldwide?)

Mandy: Locally - Pierre Brincat because he has always believed in women’s football and worked hard to improve it. Dorianne Theuma is also a shining example to the younger generations because she has always worked hard and is undoubtedly both a great player and asset to the team. On an international level I have always admired Michael Ballack and Andres Iniesta who I always believed epitomised what it means to be a 'team player'.