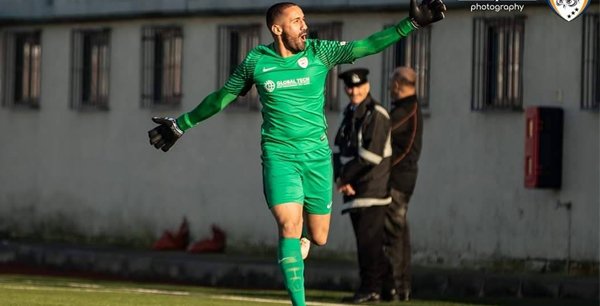 06.10.20 Interview with Jean Claude Debattista as he returns to Swieqi United

SUFC: Welcome back to the club Jean! Give us your thoughts on re-signing with Swieqi United. It is a pleasure to be at Swieqi United again.

JD: Swieqi United remained in my heart during the last season (2019/20). The only reason I left the Club last season was to have the opportunity to play Premier Division football with the Club I grew up in. In my mind, I always believed I would return here one day!

SUFC: You had two fantastic seasons with us before securing a dream move to Hamrun Spartans. What were the main reasons behind you coming back to the Club?

JD: The two great seasons I had here at Swieqi United had supported me quite a lot in my development, which made it possible to secure a dream move to my hometown club Hamrun Spartans.  Although I played a few games in the top flight, it was necessary to continue improving my goalkeeping ability. Looking at my future, I decided to join a club with a philosophy that would allow me grow, and that club could only be Swieqi United.

SUFC: Talk to us a little bit about what went through your mind last season when Swieqi United and Hamrun played against each other in the last 16 of the FA Trophy.

JD: To tell you the truth, I was a bit disappointed not to start the game and only came on late in the second half!  It’s not easy playing with the club that I grew up in against the club that gave me a great opportunity, for two seasons, to develop my skills.  Still, one grows from such situations: one should always have a professional attitude and play their ‘A’ game, whoever is the opponent is.

SUFC: What do you think Swieqi United can achieve in the forthcoming season?

JD: One of the reasons I accepted this challenge is to be part of Swieqi United’s success, which, in my mind, would be to see Swieqi United in the top flight in the coming seasons. I believe in the setup here have and think we have all the ingredients to make this happen!

SUFC: What are your personal goals and ambitions for next season?

JD: It is obvious that playing Premier Division football again will still be my target and achieving it with Swieqi United would be a fantastic dream. The experience I had with National teams up to Under 19 level is also something that inspires me to have that experience at senior level too.