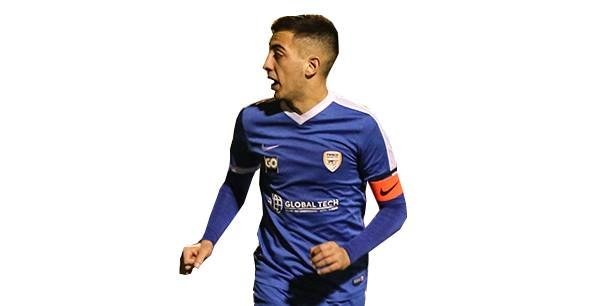 Luke Gatt is our captain of the U19 Men's team, and a player who has been with Swieqi United over the course of the last four years, developing into a composed midfielder capable of dictating the tempo on any pitch.  SUFC's Media Team sat down with Luke in order to get to know him better.

Favourite memory with Swieqi United FC: Winning the Section C U19 League.  What a team!  I will never forget the great season we had!

Is there a coach/Are there any coaches who have had a serious influence on your outlook on football? Definitely, coaches Paul Gatt and Andrea Vella have been fundamental to my development, and I'm really grateful to have worked under them.

Your opinion on the current season of Swieqi United FC U19s: We've had our ups and downs but I never stopped believing in the team whenever the going got tough!  That's sport though - you win some and you lose some!

Future aspirations, both personal and with Swieqi United FC: Graduate from school, and hopefully after I recover from this small injury, to get back on the pitch to represent Swieqi United FC.