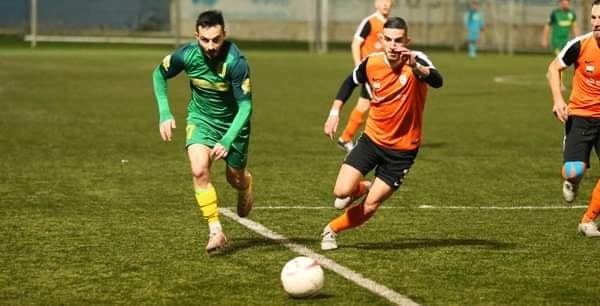 A determined display from Swieqi United saw the club's recent positive momentum continue, with the team drawing 1-1 in an important match against Zebbug Rangers.

The Owls started the brighter of the two teams and forged ahead after 13 minutes. Alan Schembri Wismayer robbed the ball of a Zebbug defender close to the corner flag, and the resultant ball into the box caused chaos among the Rangers' defence, allowing Kyle Muscat to prod the ball into the net. To their credit, Zebbug reacted very well to the early setback, forcing an important save out of goalkeeper Craig Abdilla and also smacking the woodwork with a good strike from distance. It was therefore no surprise when Lawrence Chiedozie equalised for them in the 42nd minute.

Just before half time, the complexion of the match changed, as Felipe Fernandes was given his marching orders by the referee for violent conduct, thereby reducing the Owls to ten men for the duration of the second half. However, in spite of the numerical disadvantage, the Orange played some cohesive defensive football throughout the second half, and while they could barely threaten the Zebbug goal, the team effort ensured that the score remained equal throughout, thereby securing an important and precious point.

The team's next match is a derby against St. Andrews this coming Friday, at the Luxol Stadium.