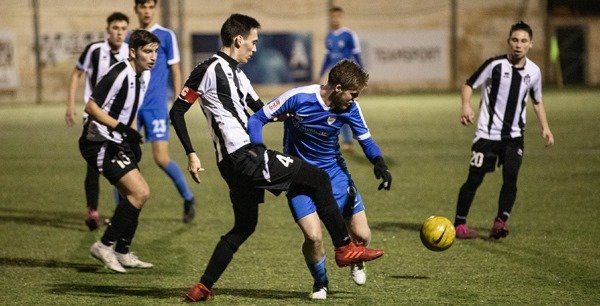 A goal in the dying seconds of the game settled a tense and nervy encounter against a dogged Rabat Ajax side, with Swieqi United winning 2-1, to temporarily go third in the Section B standings. Rabat, meanwhile, remain pointless.

The Owls invariably had more possession throughout the match, with Rabat more than happy to sit back, break up play and interrupt the rhythm of the game. As a result, Swieqi United found it difficult to break down their opponents. A moment of true quality, following some intelligent interplay between Timmy Naudi and Gabriel Hummel, saw the latter score his ninth of the season to put the Orange ahead after 26 minutes, but Rabat soon hit back with their first real chance of the game.

The second half continued in the same fashion, with the Orange being frustrated constantly and not being able to build any momentum. It was only in the last five minutes of the game, when the Rabat defence started tiring, that the Owls really imposed their game plan. With Rabat unable to cope with the pace of substitute Erick Addo, Swieqi United started to finally create some opportunities. Nevertheless, it was pretty much the last kick of the game that settled the result in favour of the Orange, with the ball somehow finding its way into the back of the net after confusion ensued from a corner kick, thereby giving the Owls a much needed three points.

The team will next play league leaders Naxxar Lions on February 4 at the Sirens Stadium.