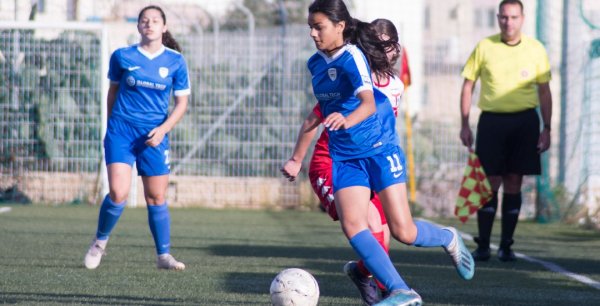 In an entertaining match, Swieqi United's U19 Women's team put in a good performance to defeat Kirkop.

The match started slowly for the ladies in Orange, as they struggled to get past the solid Kirkop defense. Indeed, this resolute approach, coupled with a bit of fortune for the reds, meant that Kirkop took the lead in dramatic circumstances early on in the match.

However, the unexpected Kirkop advantage gave the Owls the spark they needed to find their characteristic mojo. In the 31st minute, Chloe Ann Ellul equalised, with a stunning shot that rippled the net, and a minute later, a neat Elena Sissons finish made the scores 2-1 for the Orange.

In the second half, Swieqi United continued building on the momentum that they gained from the latter stages of the first half.  A good run by Demi Gauci Maistre resulted in a shot fumbled by the opposition goalkeeper, with Sissons scoring her second goal from the resultant rebound.  Despite this, however, Kirkop did not give up and even pulled another goal back, thanks to a shot from Maria Michela Cassar.

The ever-lively Gauci Maistre, however, would make amends for her earlier miss, when her perfectly placed header found itself into the back of the net. Iulia Mifsud and Kim Fava then combined well to close the scoring with a well worked final goal for the Orange, bringing the final score to 5-2 in favour of the Owls.