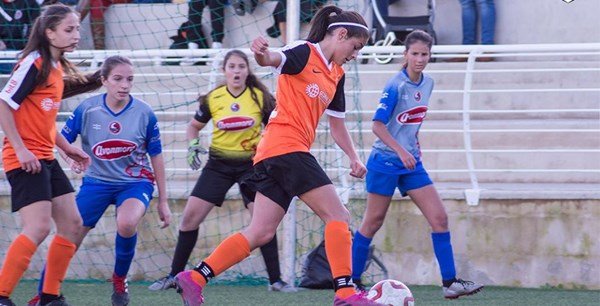 The Under 19 Women’s squad secured their second victory against Raiders this season, beating the team from Gharghur 3-1. The match had a couple of highs and lows for the ladies in Orange, but their possession and technicality were second to none on the field throughout, helping them maintain their lead.

Almost instantly, the ladies in Orange were 2-0 up, following two superb goals, both from outside the box, by Michaela Cachia and Elena Sissons in the 9th and 12th minute respectively.

A goal by Raiders’ Bonello Ghio surprised the ladies in Orange at the beginning of the second half, narrowing their advantage to 2-1. The goal shocked the Orange, and it took them some time to get organised again, but once they did, there was no going back. Some excellent shots on target by Hannah Khatib, Demi Gauci Maistre and Amy Busuttil were blocked by the Raiders goalkeeper. Eventually, persistence paid off as Gauci Maistre managed to score the team's third goal of the match in the 57th minute.