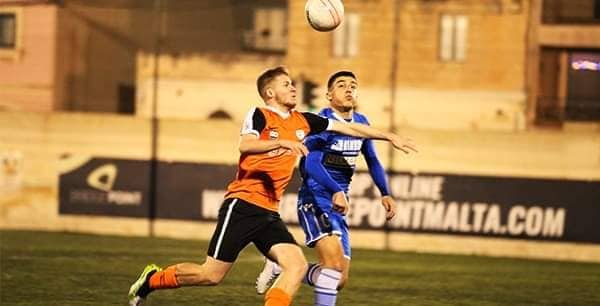 In what was a valiant effort by the boys in Orange, Swieqi United's journey in the Youth Knockout competition came to an end following a narrow 1-0 loss to Section A team Mosta.

For a team depleted with injuries, this was a very positive performance from Gilbert Micallef's men, as the Young Owls were up to the task against their more quoted opponents throughout.

In fairness, the first half was dominated by Mosta, who produced several fine moments only to be thwarted by the imperious Edward Gatt. Gatt's great saves kept the Orange in the game; though ironically, the Young Owls were just as impressive as their opponents when going forward.

Five minutes into the second half, Mosta scored with a well taken low shot. The goal sparked a revival from Swieqi United, as some good chances were created. Furthermore, when Gabriel Hummel was brought on, the Orange became a more potent force going forward. Deep into stoppage time, Swieqi United should have been awarded a penalty, which would have given the Young Owls the chance to equalise, but the referee was having none of it and waved play on. Unfortunately, Mosta then withstood a last foray into their box to progress through to the next phase.