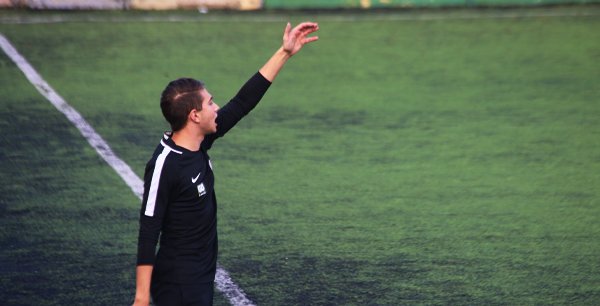 A while back, current U15 boys' coach Justin Rizzo went to Leicester in order to observe Leicester City Football Club, their facilities, and bring back valuable experience with him to his role back home in Malta. Rizzo sat down with Swieqi United's media team to recount his experiences in the Midlands.

"The first thing that struck me as I walked through the gates of Leicester City Academy for the first time was how much effort the club went through to make sure the players felt like it was their home," said coach Rizzo. "The ground was covered with Leicester City badges, and littered with photos of academy graduates, some of who were holding the Premier League trophy from their historic 2015-16 season. The motto 'Forever Fearless' was plastered on almost every wall, instilling a sense of bravery and togetherness within the players."

"Coach Guy Branston was kind enough to give me a full tour of the facilities and explain how things were run. Physiotherapists and sports doctors were all present for every session, with some players coming in early to do some gym work with them. Cryotherapy units were also installed, and players all had access to the canteen - they usually had a small snack before training began."

Coach Rizzo was particularly impressed at the attention to individual detail that every player was afforded. "Even during one-to-one sessions, each player wore a personalised GPS unit to track their movements, sprints, and change of directions (all players from U12 upwards had to wear them). The information collected was then processed and added to the player's database after the session. Furthermore, the enthusiasm and passion as shown by the coach was second to none. They constantly gave the players their 100%, praising them for their good work, correcting their mistakes and pushing them to work harder. The passion displayed by the coaches clearly rubbed off on the players, who were motivated to push themselves harder." This monitoring of the children also continues throughout the season, so as to properly analyse the development of each individual player.

Coach Rizzo also managed to see these kids live in action, and commented on their preparations prior to their matches. "The next day, the U12s/U13s had a competitive tournament. The first thing every single player did before entering the pitch was to go up to every single member of staff and shake their hands. To really give [the tournament] a competitive nature, the teams were given either a home or away kit with a number on the back. The intensity of the competition was sky high throughout - with the players being exposed to a 4v4 cage game and a Futsal style game."

Finally, Coach Rizzo noted the different systems that the players were training to adapt to. "Each team trains a variety of different systems in blocks of six weeks, to make the players flexible and able to play a number of positions across many different systems. Together with development, there is a focus on winning games, as the coaches want to instil the hunger to win within the boys, and train them to compete to win at a young age."