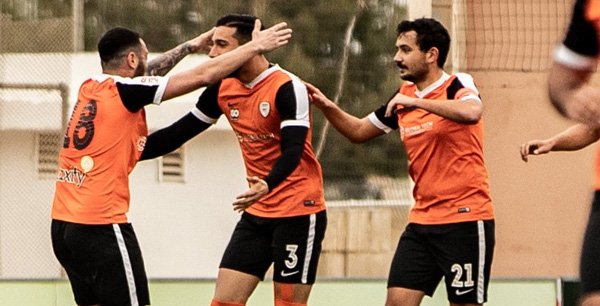 Swieqi United put the recent loss to Zebbug Rangers behind them by putting in a stellar display to comprehensively defeat bottom side Marsa FC 5-0, effectively relegating them to the Second Division in the process.

As the scoreline suggests, the fixture was one way traffic throughout. The Owls took the lead in the 17th minute, as Lesley Cassar Jackson tapped in from a Sheldon Grech corner, settling some nerves in the process. Luka Covic then made it 2-0 with a fine move, putting the Orange in a commanding position at the break. This was Covic's debut goal for the Club.

After half time, more one way traffic ensued, as Kenneth Ekezie made it 3-0 with a headed goal, before Kristian Sultana put the result well beyond doubt with a coolly slotted penalty in the 62nd minute. Nicholas Schembri then completed the rout in the 86th minute with an easy tap-in, following a counter attack that left himself and Covic with only the opposing goalkeeper to beat.

The result is therefore the Orange's biggest win of the season, and puts them on 29 points in the table, as they continue to inch towards safety in the BOV First Division. Marsa, on the other hand, remain rooted to the bottom of the standings on 5 points, and with six games remaining, only a miracle of epic proportions will see them retain their First Division status.