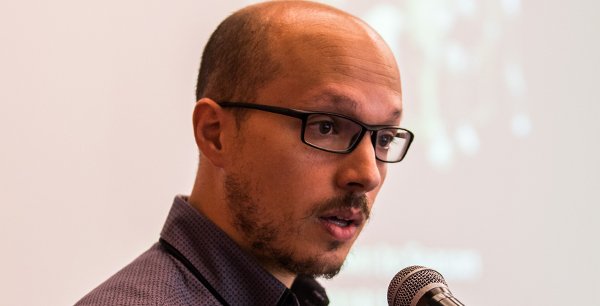 16.03.19 The untold story of the birth of Swieqi United - a first person account by Vice-President Michael Calleja

In view of Swieqi United's impending 10 year anniversary, the Club's Media Team has embarked on a series of articles outlining the formation, history and journey of the Club over the past ten years. Below is the first part of this series.

The birth of Swieqi United FC proved to be challenging, compelling and, at times, certainly exhausting. When we first mooted the idea of a 'Swieqi FC' back in 2008, enthusiasm was equally met with resentment by a great number of people - a kind of insurmountable Mount Everest, if you could call it that. Football 'experts' who approached me at the time were convinced that what we planned on doing was impossible. In fairness, the counter-arguments presented weren't all that bad. Opening a club in the middle of well-established organisations such as Melita, Luxol and San Gwann Football Clubs might have seemed like madness to some, but a group of young students, to their credit, took it upon themselves to achieve the unthinkable.

What is perhaps fascinating to note is that the 'concept' of a football team representing Swieqi was not in itself a novelty. I discovered (through Mr. Jonathan Bianco) that a team called 'Swieqi Football Club' had been formed in circa 1978 and participated in the GIDA League. I am told that this team started to train at the 'red pitches' that are now buried beneath the modern Luxol Stadium. When conducting research, I discovered this team was incredibly competitive, never suffered drubbings but unfortunately had to be disbanded after approximately five seasons due to the work commitments of its players.

Years ago, I also stumbled across a reference taken from maltafootball.com, which, I presume, was an extract from an Malta Football Association (MFA) Council Meeting. The quote, dated 24th May, 2007, simply stated: 'The application by another new club, Swieqi FC, was also rejected. There was a proposal to have the application of this club, which is based in a pub in St. Julian's, to be turned down'. Apparently, the idea that the clubhouse would have been situated outside of Swieqi was no-go area for the MFA, and the idea was quashed without consideration.

On 16th April 2018, I, together with a law-student colleague of mine Ralph Agius Fernandez, published a letter in the Times of Malta entitled 'Swieqi Football Club'. The letter merely highlighted the need to have a football club representing the Swieqi community, though there weren't any formal plans to set up a club during that time. Purely by chance, plans changed when I called Louis Micallef at the MFA to query why the 2007 application for Swieqi FC had been rejected. In asking whether we were interested in starting a team for the locality of Swieqi, inadvertently, Mr. Micallef laid down the gauntlet, and we realised that there was a ray of hope for a fully fledged club to take shape. Hadn't Mr. Micallef mooted the idea of applying (again), perhaps I would never have been here writing this article!

During 2008/09, the idea gained further momentum and a group of Swieqi residents and University Alumni approached Fr. Hilary Tagliaferro for a 'formal' opinion on the formation of the Club. Fr. Hilary opined that the best idea was to kick-start 'Swieqi' in an Amateur league, before eventually applying for MFA recognition. The idea was certainly not without its merits. Starting in a MAFA or GIDA league might have helped us get to grips with Maltese football and match-days, but deep-down I always felt that this Club was destined for something greater. To be quite frank, I was determined to ensure Swieqi took part on the big stage. This led us to set up a meeting with Mr. Eman Pulis, who, at the time, was heavily involved with Mdina Knights. Mdina possessed similar traits to 'Swieqi' and it was Mr. Pulis who actually encouraged both Agius Fernandez and myself to submit a formal application to the MFA. Being two shy and very young students, we certainly didn't know what we were getting ourselves into! Reminiscing about this past episode, I cannot help but remember the genuine fear and anxiety we both had when we decided to go ahead and submit the necessary paperwork. In some ways, I believe we both felt we owed it to a locality which we had both grown to love and cherish.

In formally applying to become a fully fledged member of the MFA, both Agius Fernandez and myself submitted a Draft Statute to the Association (apparently, this is how you formally constitute a football club), which, I presume, was accepted by the MFA without any problems. Added to that was a letter signed by our Local Council that they consented to the formal incorporation of a football club. Later, I would realise that the 'one team per locality' rule was actually part of the MFA Statute and Regulations.

By the first quarter of 2009, we began building a very basic structure. Finding suitable people was undoubtedly going to be our biggest hurdle. Thankfully, Ralph and I were put in contact with Justin Fenech, who I immediately found out had tried to set up an 'Ibragg FC' some time in the late 1990s, although a formal application for this club was never submitted. Justin, being a pioneer of 'Community involvement', immediately demonstrated his willingness to set up the Club, and furthermore, an old friend in Mauro Miceli also joined to form the first unofficial 'management' group.

A formal committee composed of other friends and residents gave birth to the club on 14th April, 2009. The first ever 'minutes' recorded that 'Swieqi United FC held its first committee meeting today in which a number of issues were discussed. A committee was chosen at the end of the meeting with the responsibility of guiding the club in the future'. The pioneers chosen in this regard were:

A meeting with MFA officials took place two days later at noon at the Tennis Courts in Swieqi - the first official club house of the Orange - and was attended by Agius Fernandez, Miceli, Fenech and myself. Having gained overall consent in the MFA Council a couple of weeks later, Swieqi United were formally admitted to the BOV 3rd Division for the upcoming season. The rest, as they say, is history...