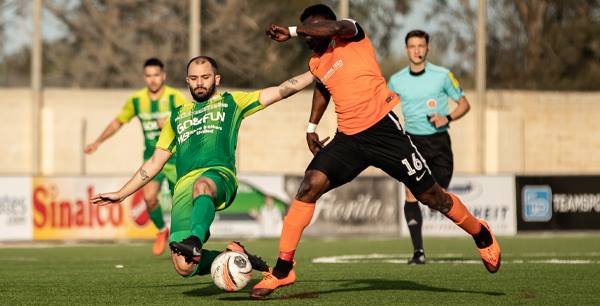 Swieqi United were simply not at the races in yesterday's BOV 1st Division game, comprehensively losing 3-0 to Zebbug Rangers in a heated and controversial match.

The Orange started the match brightly and Ibrahim Salis had a good chance early on to open the scoring, but Zebbug goalkeeper Jurgen Borg was equal to his shot. Unfortunately, the Owls were made to pay in the 18th minute, after some good build up play resulted in Zebbug scoring their first goal of the afternoon.

Right after the restart, Zebbug won a controversial penalty, as replays showed that there was very minimal contact in the box. The penalty was duly dispatched, giving the Rangers a comfortable 2-0 advantage, which advantage would only become greater subsequent to Marc Attard receiving a second yellow card, and his marching orders, in the 54th minute.

Zebbug then sealed the deal midway through the second half with another well worked goal, and, while Swieqi United tried their utmost to find a consolation goal, it was simply a day to forget at the office for Rodney Bugeja's men, who will now look to regroup ahead of next weekend's critical fixture against bottom side Marsa FC.