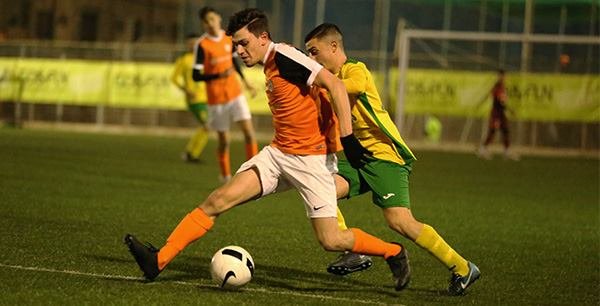 Swieqi United's Under 19 Squad recently secured the 'double' over Zebbug Rangers, beating the Yellows on their own patch in a hostile environment.

Despite playing away from home, the Orange mustered all their spirit and resourcefulness to come away with a fantastic victory which helps solidify their status in Section B.

In fairness, buoyed on by home support, Zebbug came out all guns blazing and threatened the Owls' goal on several occassions. Swieqi United player Matthew Camilleri, who is on loan with Zebbug, played with a point to prove, as he was constantly causing numerous problems for the Orange defence.

However, in the second half, the Owls came out with renewed zest and vigour, and a wonder-shot by Andrew Catania helped settle all nerves in the 63rd minutes. Ten minutes later, Ben Caruana sealed the issue for the Orange when his close shot gave the goalkeeper no chance.

Deep into stoppage time, Sasha Peric was sent off for a second bookable offence, but the night nonetheless belonged to the Orange, who not only took their chances but managed to defend very well in a small and compact pitch.