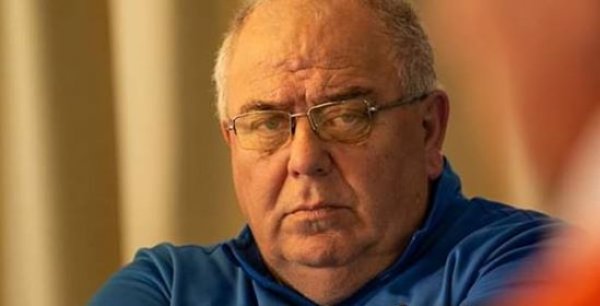 Alfred Fenech needs no introduction, having been involved in local football throughout the years. He is known to all as 'Fredu'. An omnipresent figure atthe club, Fenech is loved by all.

Be it an Under 17's game on a Sunday morning, a Women's game in Mgarr on a Tuesday or an Under 19's game on a bitterly cold night in Siggiewi, you are guaranteed to find him there, either in the stands or on the bench, supporting the Club.

Swieqi United's Media Team sat down with Fenech to have a chat with one of the Club's most experienced individuals.

SUFC: Hi Alfred, thanks for taking the time to talk to Swieqi United's media team. You've been involved with the Club for quite a while. Can you tell us what endeared you to Swieqi United in the first place?

AF: My adventure started in around 2013, while I was still with Valletta FC. Our minors met Swieqi United in the Youth Knock-Out competition and even though Valletta won, Swieqi United impressed me with their professionalism as they came for this game in suits and coats!

I remember that day very well, as we at Valletta were laughing [at Swieqi United's staff] but from that moment, I realised I wanted to help Swieqi United.

I actually then had the pleasure to meet some of their committee members in an unofficial capacity at Mosta. I can safely conclude that in some ways, it was 'love at first sight' - as I totally fell in love with the Club, especially when listening to people like Justin Fenech and Michael Calleja. I knew straight away that these people will go places with their shrewdness and foresight.

SUFC: Coming from such a passionate club like Valletta, did you find the transition tough, or were you able to adapt?

AF: Well, coming from Valletta to Swieqi United was not easy, and it happened because something went wrong at my boyhood club so I felt it was the right time to seek a fresh challenge. That is when I decided to join Swieqi United. The move for me was 'from hell to purgatory', because in football there is no heaven.

It was certainly not an easy transition for me as these were two diametrically opposite cultures. Indeed, at times it felt as if it was moving from one extreme to another! However, I adapted well because the Club made it very easy for me. I felt that they had an excellent way in dealing with people, especially President Justin Fenech, who has always greeted me with a smile and calm reaction.

SUFC: Your knowledge of running a football club is second to none. Can you briefly tell us what the key ingredients are in ensuring a club is managed in a successful and sustainable manner?

AF: Running a football club in Malta is not easy at any level, but there are a few things people need to have to succeed. Passion is the first; commitment is the second and love and respect to everyone are other attributes.

Thankfully, here at Swieqi United, we have all these traits in abundance. In fact, I sometimes genuinely think that we are 'too good' - but this should not detract from the fact that most clubs around the island speak very highly of us. There are only a couple of clubs who have not yet seen the light!

SUFC: You've been following Swieqi United for quite some time. What are your favourite memories?

AF: To be honest, I am spoiled for choice, but last year's promotion to the First Division by our Seniors team was by far our greatest achievement till now. However, I certainly do not want to forget that during these last four years we have won many accolades at all levels. This gives me immense satisfaction.

SUFC: Finally, the Club is celebrating its the year anniversary in 2019. Can you pay tribute to the Club's achievements throughout the past decade?

AF: Well, I was not here from the start but to achieve what Swieqi United has done is amazing! This Club has come from nowhere to playing in the First Division. I am also positive that we are on the right track to make more great memories.

I must also mention that at Swieqi United, we believe in youngsters and we are a Club that genuinely gives its players a chance! I am proud to state that players keep coming from everywhere because they know that we give all youngsters the chance to shine here.

We have excellent coaches, and our Technical Director [Billy Mock] was himself a great player with great knowledge of the game. As a result, our players and coaches are reaping the benefits. Finally, may I also pay tribute to our Head of Academy Andrea Vella. Despite being a young coach, he has a great future ahead of him and is the Academy's stalwart!

SUFC: Thank you Alfred, and all the best for the final stages of the season!