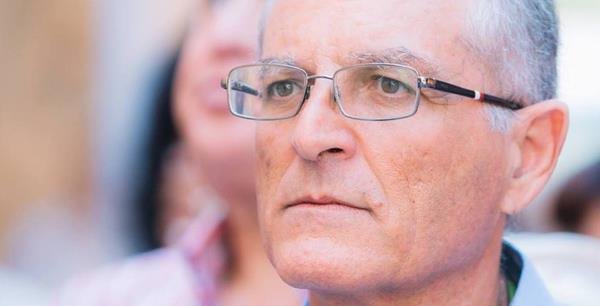 Prof. Arnold Cassola certainly needs no introduction. An experienced and seasoned politician, with a glittering erudition of current geo-political issues, Prof. Cassola’s contribution to the locality of Swieqi should also never be undervalued.

Having served in the Swieqi Local Council during the mid to late 1990s, Prof. Cassola was always aware of Swieqi’s incessant need to build an identity and sense of belonging.

It goes without saying that from a purely historical perspective, Swieqi is still a relatively new community. When talking to Swieqi United’s Media Team, Prof. Cassola defined Swieqi United’s contribution to the locality as an 'extremely important one'. This is essentially vital given Swieqi’s rapid urban development. 'Unfortunately, nearly all traces of Swieqi's rural past, like the old farmhouse in Triq il-Qasam, have been erased. The town has developed too fast now as a modern area, and therefore lacks any social centres apart from those connected to the church'.

This is certainly a very valid point mentioned by Prof. Cassola, which is why sports in Swieqi should hypothetically be seen as the locality’s major source of identity. 'The Swieqi Football (but also rugby and handball) Club has given a sense of identity and belonging to residents in a town which really lacks a cultural and sporting tradition,' surmises Profs. Cassola.

More often than not, whenever Swieqi United are playing at Luxol Stadium, the lone figure of Prof. Cassola can be seen in the stands. It may come as a surprise to many, yet Prof. Cassola has always been a very strong admirer of the club. So what made the "Swieqi project" so attractive to him? 'Exactly that sense of belonging to a community that has very little other occasions where to meet and get together,' is his immediate reply. 'Admittedly, having Luxol Ground within walking distance from home made it easier for me to attend matches in the past!'

Currently, the Club is still without a proper clubhouse, sanitary facilities and a big pitch. Does this, in some ways, put into perspective the "miracle" Swieqi have achieved within the space of ten years? Prof. Cassola is in agrerment - 'It magnifies the success of the youthful administration's vision. And it also proves that when there is a real will to succeed and the necessary sacrifices are made, any goal can be reached... despite the lack of proper facilities.'

This huge handicap has certainly not detracted Swieqi United from pushing forward and constantly innovating. Indeed, Swieqi United have not only managed to build a stable and successful football club, but have endeavoured to create a community spirit that was certainly lacking. So is the role football clubs play in bringing people and communities together somewhat underestimated? 'Yes,' replies Prof. Cassola. 'Clean sports is a way of getting youngsters together and giving them a meaningful perspective in life. Being part of a team should also help the individual to grow up in a more altruistic and caring way.'

With the club celebrating its ten year anniversary, credit should also be given where it’s due, and this is something Profs. Cassola certainly hasn’t failed to point out. 'The success of the club speaks for itself,' he remarks. 'Who would have thought that a club founded and run by a handful of University students would, within the space of ten years, already be in the First Division? That is already a little miracle in itself.'

Finally, Prof. Cassola has certainly made his intentions for the club very clear, concluding that 'it would be great for me to experience the even bigger miracle: Premier League football. Who knows what’s in store in the coming future!'