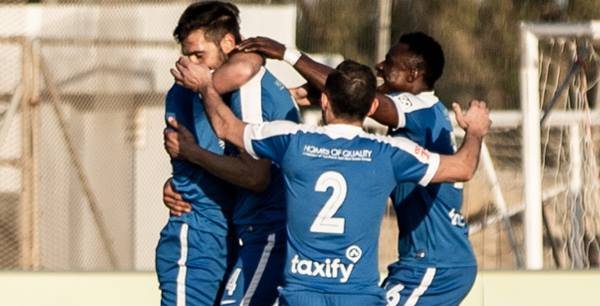 Swieqi United managed to claim a vital three points against Vittoriosa Stars in this weekend's Bank of Valletta First Division, avenging their defeat from the first round of matches, and therefore edging closer to the desired target of survival in the league.

Despite a somewhat stuttering start, the Owls began to slowly build up pressure in the Stars' box, and were duly rewarded for some good play in the 29th minute. Kyle Muscat's low but precise shot gave the goalkeeper no chance as his perfect placement put Swieqi United in the lead.

At the beginning of the second half, Vittoriosa thought they had scored, but their header was ruled out for offside. Despite incessant pressure on the Orange's goal, the half's best chance fell to Ibrahim Salis, who rounded the keeper but unfortunately tripped while applying his finish, with the ball hitting the post as a result.

Despite a last minute siege on goal by Vittoriosa, the Owls managed to seal the win - the first time ever that Swieqi United has managed to beat Vittoriosa Stars.