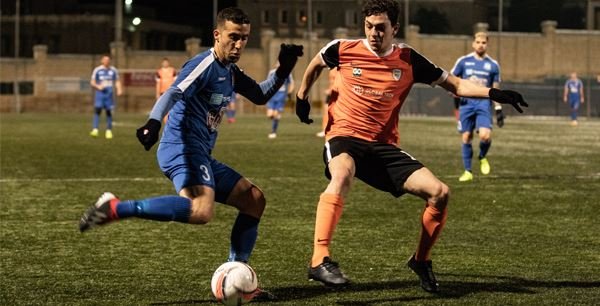 In a balanced match, both sides had their chances to take the lead in the first half, but both teams were wasteful in front of goal. Swieqi United in particular had several chances from corner kicks that they did not capitalise on. With the windy conditions making play tricky, it was perhaps not surprising that the teams went into the half time break goalless.

In the second half, Swieqi United came out of the blocks with more intensity, dominating the midfield and creating several chances, but opposition goalkeeper Omar Borg was often equal to the task. One particular instance saw a Gianluca Calabretta freekick from distance be saved spectacularly by Borg.

However, with the game heading towards a draw, in injury time, Naxxar went on a rare attack down the left hand flank, with the action resulting in a powerful shot from Jurgen Debono finding the back of the net, condemning the Orange to a first defeat in five games.

Swieqi United face a tricky task in league leaders Sirens in the club's next match, this Wednesday at the Victor Tedesco Stadium.