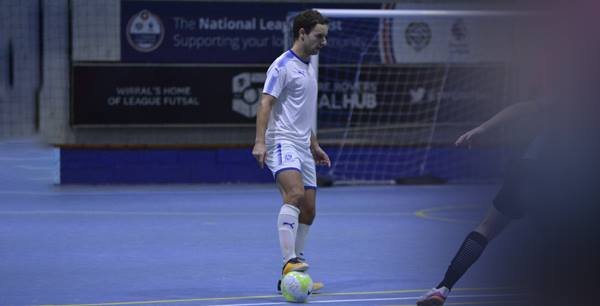 Swieqi United have completed the signing of former Uruguay international Ignacio de Leon from Old Christians - semi-finalists in Uruguay last season - until the end of the season.

This will be the fourth time that de Leon and Shaw will work together and he joins up again with his team mate from Old Christians, Maxi Navarro.

De Leon, 35, played in two of Shaw’s Middlesbrough sides that went to the latter stages of the FA Futsal Super League and most recently in England for Tranmere Rovers.

In Uruguay he is a prolific goalscorer, scoring 27 in 20 in his last season with Dolores before earning a move to one of the top sides in Old Christians.

Nacho now moves to Swieqi United and Shaw hopes he can bring his goals with him.

“Nacho is one of the most professional players I’ve ever worked with. He’s got loads of experience and I am sure he’ll bring something different to Swieqi United and strengthen our bid for a place in the final,” said Shaw.

Photo: De Leon in action for Tranmere Rovers
< Back to News