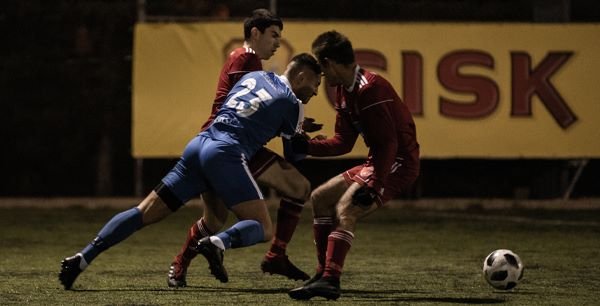 In an entertaining display from both sides, Swieqi United and Melita shared the spoils in a 1-1 draw at the Sirens Ground, with the Orange therefore ending their first round commitments in Section B of the Youth League joint top of the standings, level on points with San Gwann.

Both goals came relatively early in the first half. Melita opened the scoring following a corner, while Swieqi United managed to draw level following a stunning goal by Luke Taliana, who chested the ball down and hit it on the half volley into the back of the net. Despite the two goals, the first half saw some tense football from both sides, with players intent on not making any critical mistakes in some very tricky conditions.

The match was more open in nature in the second half, and indeed, both sides could have easily added to their tally. Melita were stopped in their tracks twice by the brilliant Edward Gatt. On the other hand, the Owls twice missed an opportunity to take the lead themselves, failing to capitalise on a couple of big mistakes by the opposition goalkeeper, which, on both occasions, left an open goal at the Oranges' mercy.

Nonetheless, both teams put on an entertaining contest and, at the end of the day, a draw between the two was probably the fairest result. Swieqi United will next face mid-table Rabat Ajax on the 22nd January in their next league fixture.