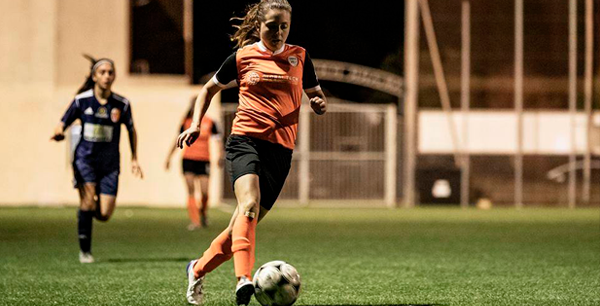 The much anticipated league encounter against an unbeaten Birkirkara women's team proved to be a slow, painful start to the new year for Swieqi United, resulting in a 6-0 loss for the Owls.

Birkirkara opened the score very early on in proceedings, following a rebounded effort that ended up in the back of the net. The Owls pushed on in search of the equaliser, with Yolande Attard and Simone Buttigieg both having good efforts saved by the goalkeeper. However, Birkirkara doubled their lead in the 19th minute, following a powerful shot that goalkeeper Mandy Caruana could not reach.

Swieqi United fans present were almost treated to a wonder goal as from a corner kick, Amy Galea Gingell attempting an audacious overhead kick that agonisingly missed the goal by a whisker. In the 27th minute, Birkirkara further extended their lead with yet another scrappy goal, as the Orange could not clear their lines, leaving the Stripes with an opportunity to tap into an empty net.

The second half did not begin in positive fashion, with goalkeeper Caruana having to come off after suffering an injury. The ladies in Orange bravely fought to maintain the score for as long as possible in the second half, with emergency substitute goalkeeper Daniela Farrugia defying the odds by making some very good saves. However, mid-way through the second half, Birkirkara stepped up their efforts once again and second three goals within 13 minutes to complete the scoring. To further rub salt into the wounds, the match then ended on a sour note for the Orange, as Attard suffered an injury following a nasty collision on the field.

Despite the negative result being one from which the team will definitely learn from, the ladies in Orange will now look to keep their heads up high and build some positive momentum in the coming matches.