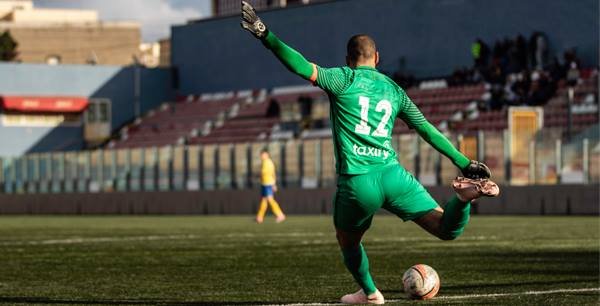 A plucky and determined performance by Swieqi United enabled the Orange to stretch their unbeaten run to five games, following a 2-2 draw with promotion-chasing Santa Lucia today.

Santa Lucia came out of the blocks strongly, intent on attacking early on in the game. However, similarly to the win against Zejtun Corinthians, Swieqi United took the lead against the run of play in the 15th minute, after a mistake in the Santa Lucia defence enabled Tejumola Ayorinde to slot the ball past the opposition goalkeeper. The rest of the half then mainly played out to be an intense midfield battle, although Santa Lucia upped the ante towards the end of the half in search of an equalising goal.

As the second half began, Santa Lucia picked up from where they left off, and were rewarded after Jurgen Suda blasted the ball home following a corner kick. Nonetheless, despite the Orange's resolve being constantly tested, they took the lead once again, Gianluca Calabretta slotting the ball home into an empty net in the 70th minute following a severe miscommunication between the Santa Lucia defence and their goalkeeper. However, the southerners equalised again within two minutes of conceding, ensuring a tense finale between the teams.

Despite Santa Lucia in particular trying hard to find a winning goal, the contest ended all square; a just reward for a gritty and determined Swieqi United performance. The result means that Swieqi United, at least temporarily, join Gudja United in 4th place in the standings on 17 points, confirming the team's fine start to the season.