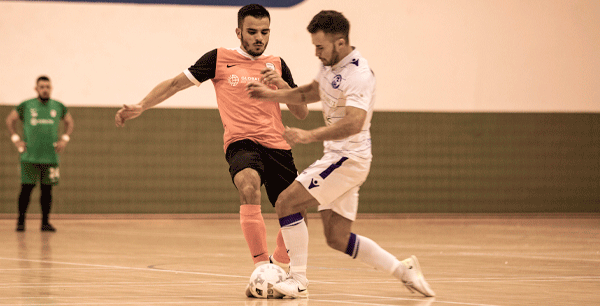 Swieqi United suffered a narrow 3-1 defeat to rivals Luxol St. Andrews on Friday at the National Sports School, confirming 3rd place in the MFA Futsal League going into the Elite Round.

The scoreline was settled in an action packed first half, as Luxol raced into a 3-0 lead before a superb strike by Stefan Camillieri gave the boys in Orange hope.

Remarkably, the second half saw no goals, but Swieqi United can be pleased with their performance, pushing Luxol back and having the better of the chances and possession. Luxol’s goalkeeper in particular was in top form to deny Swieqi United a goal that would have set up a thrilling finale.

The Owls deployed the fly goalkeeper tactic in the last minute to try and salvage something but couldn’t find a way through the solid Luxol defence.

It may have been a defeat for the men in Orange, but a sign that Swieqi United are closing the gap. The Owls can be buoyed by their resolve and will look forward to the Elite Round.

Swieqi United will next face Birkirkara on December 18th, kicking off the Elite Round, where the top six teams will play each other twice, with the top two at the end of the round playing the final over a best of five series for the title and place in the UEFA Futsal Champions League.