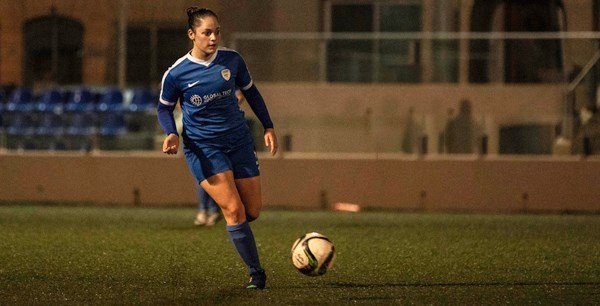 Swieqi United came into Tuesday's match against Mosta off an encouraging performance against Hibernians, but despite the constant attacking threat provided by the Owls, the match ended in disappointment as two points slipped away from the team's grasp.

In fairness, the Mosta defence was disciplined throughout, intent on making it difficult for their opponents to find a breakthrough. Indeed, such was Swieqi United's eagerness to find a goal, that occasionally they left gaps that left them exposed at the back, the culmination of which saw a dangerous attacking move find a Mosta player come one on one with the Owls' goalkeeper inside the box, until a sharp and swift interception by Giulia Muscat cleared the ball out of the danger zone.

Swieqi United upped their game in the second half by dominating possession, with most of the action taking place in Mosta's defensive zones. Yolande Attard came close with a shot from inside the box, which was saved by the opposition goalkeeper, only for Janice Spiteri to have her attempted effort with the rebound knocked out of the danger zone by a Mosta defender. Despite the incessant pressure applied by the Orange, the Mosta back-line seemed to handle everything Swieqi United threw at them. Krista Montfort's slightly miscalculated attempt then almost stunned the crowd as Swieqi became desperate with time running out fast. In the final moments of the second half, Annabelle Rapa had an effort from just outside the box which was deflected and tipped over by the Mosta goalkeeper, ensuring the game ended scoreless.

Despite the overwhelming possession and presence on the pitch, the Owls will probably be disappointed to have not come away with the three points, but this will only serve for them to continue building on their efforts on the training pitch, as the league heads into the winter break.