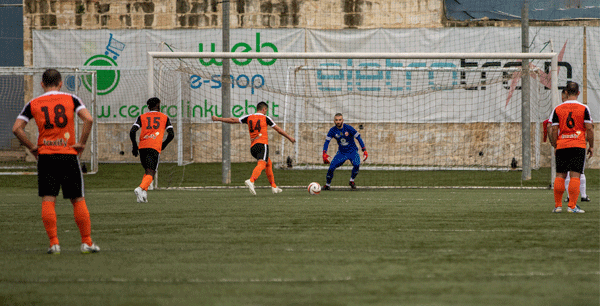 With adverse weather conditions affecting the whole island, it was Swieqi United who were left singing in the rain as they managed to come from behind to stun Lija Athletic 3-2 at the Victor Tedesco Stadium.

In fairness, the Orange defended well throughout the match and with goalkeeper Jean Claude Debattista in fine form, the Owls' rearguard held strong. Against the run of play, Gianluca Calabretta won a penalty in the 35th minute and duly converted the spot kick to give Swieqi United the lead.

After the break, Lija scored thanks to Erjon Beu and managed to go in front five minutes later thanks to an own goal and a mistake in the Swieqi United defence. With the Orange seemingly dead and buried, Calabretta floated in a wicked free kick and Ion Alin Margarit's header made it 2-2. Five minutes later, Calabretta latched onto a Margarit header by delivering a powerful shot past the hapless Lija goalkeeper.

Despite the referee adding six minutes of injury time, Swieqi United held on to record an important victory, one which puts them on 10 points after eight matches played.