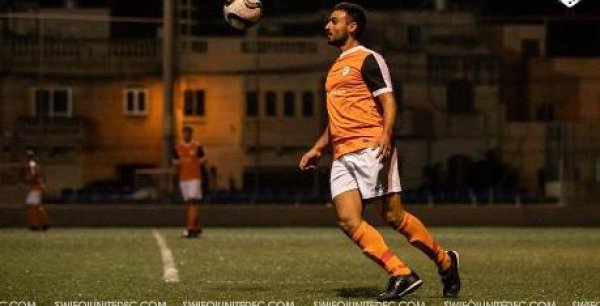 Despite it being one way traffic for most of the game, with Swieqi United dominating possession and constantly barraging the opposition defence with attack after attack, the Owls could only muster a point from their clash against Naxxar Lions yesterday evening.

Time after time, both Tejumola Ayorinde and Ben Caruana in particular would find themselves in good positions to score, only to be repelled by a strong Lions defence. To add insult to injury, following a strong penalty appeal in the 38th minute, Swieqi United succumbed to a goal from the resultant counter attack, after a lapse of concentration in the defence.

The second half was more of the same, with Naxxar content to sit back and defend, while the Orange kept piling on the pressure accordingly. Some good saves from the opposition goalkeeper kept Naxxar's slim lead in tact, until the Owls' relentless pressure finally paid dividends when Ayorinde's low and powerful shot was fumbled by the goalkeeper, levelling proceedings.

Bouyed by this newly found confidence, Swieqi United pressed on in search of a winner but, despite having the fresher legs and making some intelligent runs through the opposition defence, they could not find the winning goal. Despite the result, the Orange remain top of the standings, with 13 points from five games.