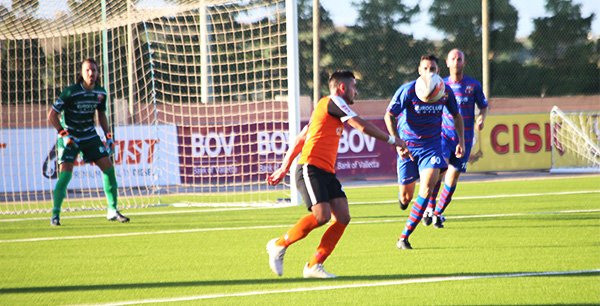 After losing to Melita in the FA Trophy, the Owls looked to put that disappointment behind them and put in a positive display against Marsa.

Gianluca Calabretta looked sharp from the get go - he scored for the Orange after a mere 50 seconds. Some good work by Ibrahim Salis found Calabretta unmarked, whose low shot from outside the box made it 1-0 to Swieqi.

The rest of the first half was nothing but a 'dog fight' in the middle of the park, although, admittedly so, both sides had good chances to score.

In the second half, Marsa came out the stronger of the two teams and duly equalised with a fantastic shot from a free kick. Despite the setback, Swieqi United kept on fighting and Calabretta won and converted a penalty on 75 minutes, duly slotting the ball into the back of the net to make it 2-1 to the Orange.

In fairness, Marsa created some very good chances but found Jean Debattista and the Swieqi defence in fine form. In the end, the Orange managed to hold on to obtain a vital three points.