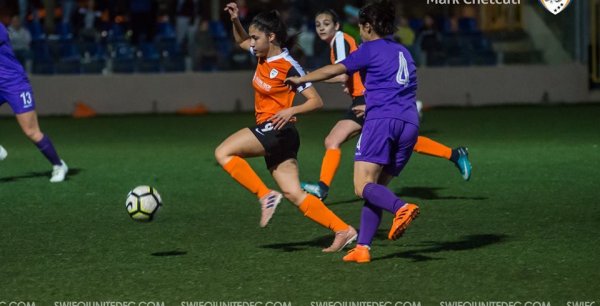 As expected, the much-anticipated local derby between Luxol Raiders and Swieqi United was a tense affair, with both sides exhibiting good attacking football and resolute defending in search for victory. The supporters were treated to a pulsating encounter that left them on the edges of their seats right up until the final whistle, but ultimately ended in a scoreless draw.

The Owls started the brighter of the two teams, maintaining the majority of possession throughout he first half. Possession quickly turned into goal-scoring opportunities as they attempted to break the dead-lock with a number of efforts at goal. Despite having the upper hand, the Orange failed to severely test Raiders’ goalkeeper Xuereb; with a solid defensive display from Luxol ensuring that both teams entered the break 0-0.

The second half saw both teams play with greater intensity in search for a goal, as tension started to mount. Swieqi United were persistent in attack but failed to produce a moment of magic to unlock Raiders’ stern defensive unit. As fatigue kicked in, the likelihood for a match-winner began to disperse, yet the Owls’ support rallied with the players to push up until the final minute.

A string of fine saves by Swieqi United’s goalkeeper Mandy Caruana furthermore ensured that their efforts were not in vain as she kept a merited clean sheet for her side.

The match may not have been a goal-fest, but the passion shown by the players throughout the game from both sides ensured a fiery and tense encounter that certainly did not disappoint the supporters, despite the result.