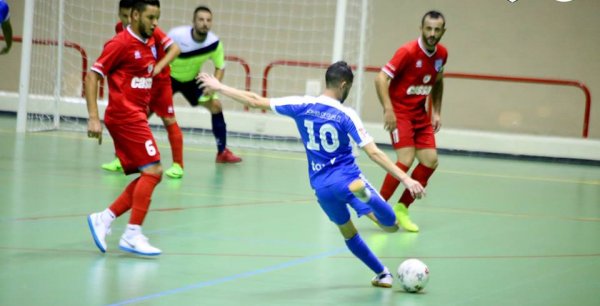 Swieqi United’s Futsal Seniors team made an impressive statement of intent last night when they overcame a 1-3 deficit to emerge 5-3 winners over a spirited Tarxien team.

The Orange went close in the opening minutes only to have Dusan Rakic’s shot, which was destined for the top corner, saved. Tarxien then opened the scoring when Duric Radovan easily slotted the ball into an empty net. Swieqi kept on pressing high searching for an equaliser, but Tarxien grabbed their second goal of the night two minutes from half time.

Despite the setback, Swieqi kept pressing up front and were rewarded seconds later thanks to a well worked goal by Maximiliano Navarro, giving the Owls a glimmer of hope heading into the break.

Tarxien added a third goal early in the second half against the run of play to make the scoreline 1-3. Player/Coach Boicho 'Bobo' Marev quickly restored Swieqi’s belief via a trademark goal. Captain Rakic then finally leveled matters midway through the half with another well taken goal.

With just a handful of minutes left on the clock, both teams were pressing for the winning goal. Swieqi’s dominance ultimately prevailed when Chris Cardona added his name on the scoresheet twice from two impressive efforts, leading the Swieqi bench and fans to breathe a sigh of relief and ensure that the Orange's perfect record remained in tact