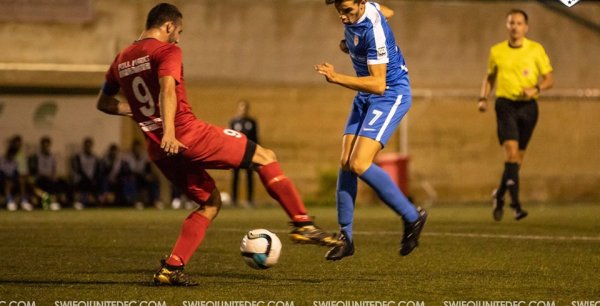 It might have been a difficult match for the Owls, but Swieqi United managed to make it three wins from three in this season's Section B U19 league with a hard fought 3-2 result against neighbours Pembroke - the second win for the Orange against the same opponent in the last three days.

The match was finely balanced throughout, but it was Swieqi who took the lead midway through the first half - after a Ben Caruana thunderbolt hit the crossbar, Luke Taliana was quickest to react to the rebound, acrobatically slotting the ball past the Pembroke goalkeeper. Minutes later, however, Pembroke pulled one back, following some lax defending from the Orange. Four minutes before half time, Tejumola Ayorinde restored Swieqi's lead with a well taken free kick.

Pembroke came out all guns blazing in the second half and tested goalkeeper Edward Gatt on several occasions. After incessant pressure, they got their reward, after a well worked routine found the back of the net. With both teams searching for the winner, Pembroke killed off their own momentum with a needless red card, which gave Swieqi the numerical advantage on the pitch. Such advantage was put to good effect, as Ben Caruana slammed home the winner from an acute angle, following an Ayorinde pass, to send the supporting crowd into raptures.