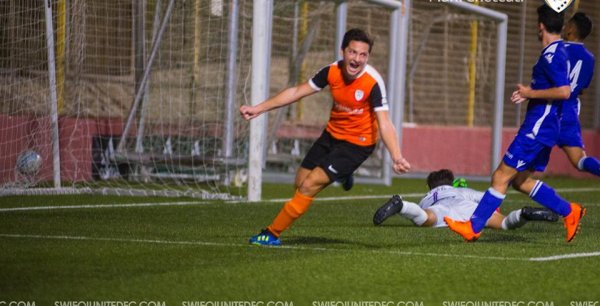 Swieqi United's U17 team made history last Sunday, becoming the first Orange side to defeat Pembroke Athleta in an official fixture, with a comprehensive 5-3 win.

The Young Owls took the lead early on, through a well worked goal finished off by Timmy Naudi. Swieqi enjoyed the majority of possession throughout the first half, and were constantly the more dangerous team. Daniele Ferlaino then scored two great goals to eek out a commanding lead, but Pembroke pulled one back just before half time, setting up an interesting second half of football.

Within minutes of the second half starting, Pembroke scored once again and reopened the game. However, the game changed on its head after a Pembroke defender was sent off for a foul just outside the box. From the resultant free kick, Ferlaino came close to completing his hat trick, hitting the crossbar. Minutes later, however, Ferlaino scored Swieqi's fourth goal of the night, and Naudi then added a second to his name, thereby putting the game to bed. Pembroke scored a consolation free kick towards the end of the game, but it was too little, too late for them.

The squad therefore earned an important three points in these group stages, which will determine which teams line up in Sections A, B and C this season. Swieqi will once again face Pembroke on Sunday 7 October at 8:30am at the Luxol Stadium.