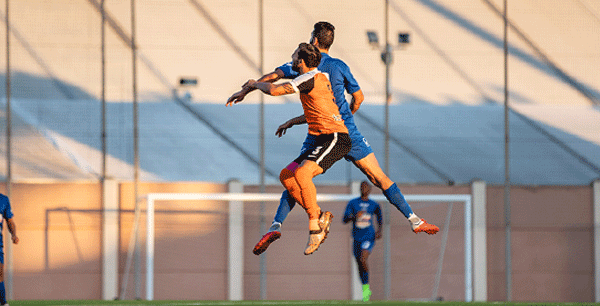 A red card for Kyle Muscat and subsequent penalty against Swieqi United ensured that the Orange suffered their second defeat of the campaign, as they were beaten 2-0 by a classy and well drilled Gudja United side.

In fairness, the southerners started well and the Owls took time to settle into their usual rhythm. Indeed, there was nothing that goalkeeper Jean Claude Debattista could do when Gudja's centre-forward Ramon Alexis Damian's beautifully curled shot from outside of the box found its way into the roof of the net after 23 minutes. Unfortunately, there was little the Orange could do to penetrate the Gudja rearguard.

In the second half, Swieqi United upped the tempo and intensity of the game and went close on several occassions. Unfortunately, the game turned on its head in the 66th minute, as Kyle Muscat was harshly judged to have blocked a shot using his arm and was duly sent off. The same Ramon Alexis Damian converted from the spot to cap a frustrating day at the office for the Orange.