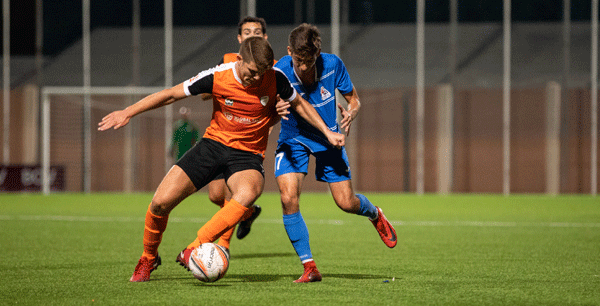 Swieqi United suffered their first defeat of the campaign as they lost 0-1 to neighbours Pembroke Athleta at the Centenary Stadium.

The Orange got off to the worst possible start when Pembroke scored after three minutes, with a lob over goalkeeper Jean Claude Debattista. The first half saw Swieqi slightly rattled, and with Pembroke claiming the fair share of chances, they were well worthy of their lead.

In the second half, Swieqi came out with renewed zest and energy, while Pembroke were content with preserving their lead. The Orange were met by a stone-wall Pembroke rearguard but did manage to win a penalty in the dying minutes of the game. Unfortunately, Ion Alin Margarit's effort was well saved by the opposing goalkeeper, ensuring that local bragging rights went Pembroke's way.