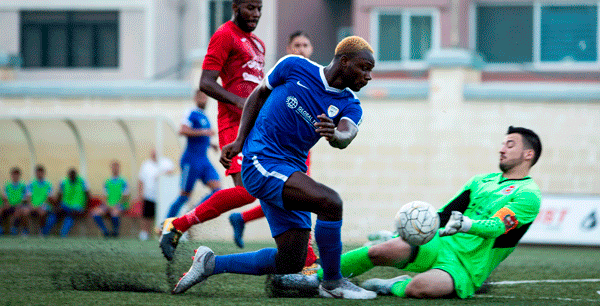 The Orange played out their second game in the BOV First Division as they drew 1-1 against Mqabba at the Victor Tedesco Stadium, continuing their unbeaten start to the season.

Despite Swieqi starting brightly, it was Mqabba who scored first, completely against the run of play, when a cut back found Mqabba's striker completely unmarked. Swieqi were unlucky not to score in the first half as Victor Kayode's fierce shot rattled the crossbar.

In the second half, Swieqi continued to attack and their persistence finally paid dividends as Jake Scerri won a penalty in the 75th minute, which Alin Margarit duly converted. In the dying minutes, Swieqi came close to winning the three points with a Kenneth Ekezie header that went just wide.