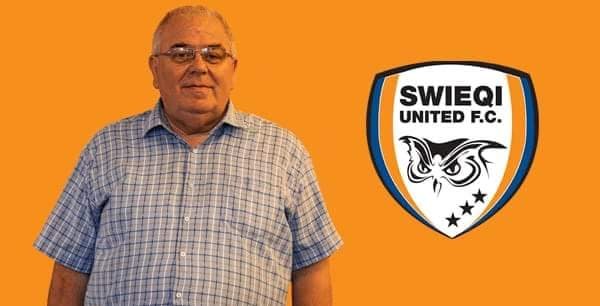 23.09.18 This club is building on solid foundations - Alfred Fenech

Alfred Fenech is no stranger to Maltese football. Synonomous with many local clubs, including Luqa Saint Andrews, where he served as Club President, and giants Valletta FC, Fenech is a footballing veteran who has been involved in the sport for many years and found success wherever he's been.

Now at Swieqi United, Fenech has been working in various capacities with the Club over the past two years, before being officially appointed as U19 team manager and club scout this summer.

SUFC's Media team sat down with Alfred and asked him some questions about his new dual role in the club.

SUFC :What led you to be interested in taking on these roles with the club?
AF: I have been involved in scouting for many years. God has gifted me with the talent to spot players! Jokes aside, it is a very exciting job because you meet new players and people all the time from anywhere in the world.

SUFC: What do you find interesting about the job?
AF: I love challenges! Even when I played football, I never shrinked from tackles or confrontations.

SUFC: Why Swieqi United?
AF: Swieqi is different from other clubs - it's a team on another level of thinking. Five years ago, when Valletta played Swieqi's U19 team in a knockout match, Valletta may have won the match on the day, but Swieqi won my heart. It's a lovely club with educated people and lofty ambitions. The results over the past nine years speak volumes, and I'm sure there is more to come because the club is building on solid foundations.

SUFC: What challenges you about the role?
AF: Challenges are everywhere in life and I thrive on them. Football gives me an opportunity to challenge myself every day. Furthermore, I work in football because I want to make people happy, not only by winning but also by giving my service to people at the club.

SUFC: Thank you for your time, Alfred.
AF: Thank you! I would also like to thank our President Justin Fenech and Vice President Michael Calleja for the trust they showed in me. I have delivered in the past and will deliver again because the secret of this club is very simple - one can constantly work without interference.