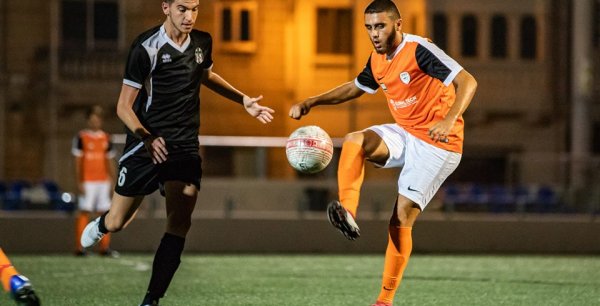 Newly promoted Swieqi United’s Minors squad kicked off their Section B commitments with a brilliant 3-1 win against fellow Section B club Rabat Ajax.

The Boys in Orange got off to a flying start - by the 20th minute, the Young Owls had already created three clear-cut chances. However, each and every time, the Swieqi United strikers failed to capitalise on their golden opportunities. The first half then proceeded with the Orange creating at least a further three more chances to open their account. Rabat, meanwhile, proved to be plucky in defence, and had their goalkeeper to thank on several occasions. Both teams subsequently headed into the dressing room with no goals scored.

Half-time proved to be crucial for the Orange as at the restart, Tejumola Ebenezer Ayorinde latched onto an Ibrahim Salis deflected shot and managed to nudge the ball beyond the Rabat goalkeeper to fire Swieqi to a 1-0 lead. This goal bolstered the Orange, who continued to search for a second goal with good attacking runs and moments of brilliant football. The Orange then managed to double their lead when Mark Martin finished off a great move in the penalty box. Nonetheless, a nervy ending seemed to be in store, when Rabat managed to reduce the deficit after a loose ball was mishandled by the Swieqi defence. However, in the dying minutes of the game, the Orange restores their two-goal cushion with a low shot by Tejumola Ebenezer Ayorinde, giving new coach Gilbert Micallef the perfect start.