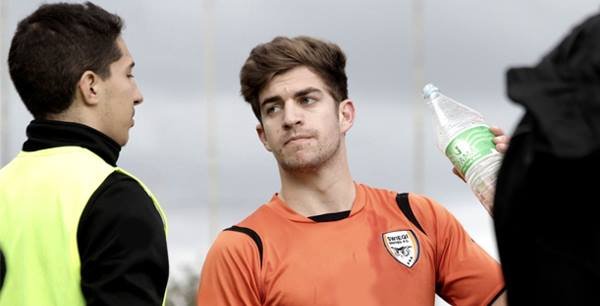 22.08.18 A soccer odyssey for Schembri Wismayer

During their season 2016/17 Second Division league campaign, Swieqi United paraded quite an exceptional player. The name of Alan Schembri-Wismayer might not ring any bells with many of our Maltese football followers, but the gifted midfielder left quite an impact on the team and followers of 2nd Division football with his intelligent runs and inch perfect passes.

It was the only season Schembri-Wismayer was active in Malta, during a season he also won the U19 Section D league with the Minors. After that, he packed his bags and returned to his country of residence, the United States, where he lives in Rochester, Minnesota, where he was born on the 3rd of April, 1996. There he signed for newly founded local club Med City FC, who takes part in the National Premier Soccer League, the fourth tier of US 'soccer'. Their 2018 season has just ended with Med City finishing fourth in the league table of the North Conference in the Midwest region, a wonderful achievement with Schembri-Wismayer giving valid contributions throughout the season.

Before coming to Malta, Alan played his football with the Rochester Youth Soccer Association Club, where he played between 2007 and the start of 2013. He then joined the Macalester College for three years (2013-2015). Soccer is in his blood as during these years he took part in countless competitions like the US Cup (2010-2012), the Rochester Lourdes High School Soccer league (2008-2012), the Minnesota State Tournament (2010-2012), the Olympic Development State camp tournament (2010-2012) and the 2015 NCA DIII Tournament. Between 2008 and 2012 he was chosen to be part of the Olympic Development Program State team, following one year with the Olympic Development National Pool team, taking part in many regional tournaments in the United States.

Rochester Post Bulletin journalist Pat Ruff met up with him some time back, giving insight of his ideas, expectations, Malta and his character.

Alan Schembri-Wismayer arrived in the Mediterranean country of Malta two years ago for the soccer.
But it wasn’t the only draw for the 2013 Lourdes graduate. There also was his relatives, walks by the sea and his aunt, Christine Bartolo’s, octopus stew.
“That’s just something I grew up eating,” said Schembri-Wismayer, who spent the first 11 years of his life in his parent’s home country of Malta, prior to his father, David, becoming a pathologist at Rochester’s Mayo Clinic.
“Octopus stew is something we especially had for family occasions,” Alan explained.
And for dessert?
“I really like Gateau Marie (a Maltese chocolate cake),” he said.
Alan occasionally was able to enjoy both items in one sitting two years ago. That happened when doted on by his grandmother or aunt who live in Malta, them coming to his rescue as he lived alone in the Schembri-Wismayer’s second home, in Pembroke, Malta.
Those designer meals were interspersed with the one constant during Schembri-Wismayer’s 10-month stay in Malta — soccer.

Schembri-Wismayer, one of Lourdes’ all-time best players (an all-state midfielder who helped his team to a state championship his senior year), spent the next three years being historically good at Macalester College in St. Paul.
He was all-Minnesota Intercollegiate Athletic Conference his sophomore and junior years, as well as all-Region as a junior, when Macalester reached the NCAA Division III national tournament.
But after that third school year, the biology major was ready for something else.
This kid who grew up kicking the soccer ball daily against the wall of his family’s Rochester home — honing his touch, at his father’s behest — felt as if he’d honed it enough to try something even bigger.
So he did a little research, narrowing his focus to his home country of Malta, a place his family returned to every summer since leaving it 11 years ago, and where Alan often trained with the youth national team as a youngster.
“I made a few contacts, did a tryout, then managed to get on a (professional) team,” Schembri-Wismayer said. “It was a hard decision to leave Macalester. But I wasn’t 100 percent sure what I wanted to do with my degree, and I figured it was the perfect time to go and see if I could do something with soccer.”
Schembri-Wismayer did do something. He played in the Maltese second division, one reserved for many of the country’s most promising young players.
Among all of them, he was voted “most promising” at season’s end.
“That was very flattering for me,” Schembri-Wismayer said. “It was nice to be recognised as someone good enough to play there.”

HONING HIS GAME
Even better were the advancements he said he made. Playing in Malta meant learning a different brand of soccer, where touch on the ball is prioritized over strength and speed, typical attributes in United States soccer.
“I got better,” Schembri-Wismayer said. “It really helped, playing for different coaches and with different techniques.”
When his season in Malta was done, Schembri-Wismayer returned home, his scholastic future now solidified in his mind. He attended Concordia-St. Paul last year and will graduate in May with a degree in biology.
Medical school, he says, is in his future. But maybe not before determining if he has a future in professional soccer. Schembri-Wismayer is honing his skills this summer as a member of Rochester’s amateur Med City FC team.
He’s appreciating his time back on the field and in Rochester. But he’s also doing it with an eye toward something possibly bigger.
Schembri-Wismayer can’t help but feel the tug of professional soccer.