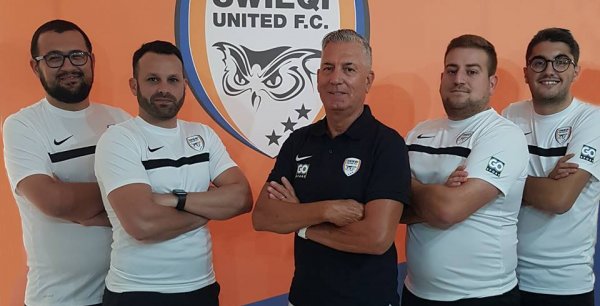 Gordon Camilleri is an UEFA B Coach with 15 years of coaching at various levels including Senior level with Zebbug and Mgarr as Assistant and Gzira and Senglea as Head Coach.

Gilbert Micallef, an UEFA B Coach, has already been with the club for four seasons acting as U17 Assistant Coach, U19s Assistant Coach and, in the past 2 seasons, he has headed the U15s Squad, leading them to 2 successive promotions from Section E to Section C.

Nick Debono, an UEFA C Coach, has been with the club since season 2014/2015. He has held various coaching roles at Academy level as well as Assistant at U19s, Senior Men and Senior Women level.

The Coaches will be functioning as one unit - lead by Rodney Bugeja - and this to ensure synergy between both squads. Technical Director Billy Mock will be overseeing that all squads are run per Club's Philosophy and will be offering technical advice when needed.