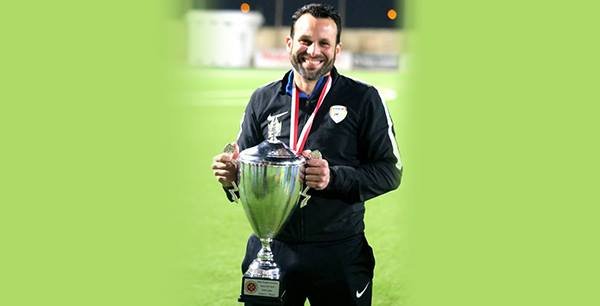 15.05.18 Rodney Bugeja appointed as Head Coach of the Senior Squad

Swieqi United would like to announce the appointment of Rodney Bugeja as Head Coach of the Senior Squad.

Technical Director Billy Mock's first appointment is all about continuity. "Rodney has been working within the Senior squad as Assistant Coach for the past three years. He is ready to take over the team and I have full faith in his capabilities. Most importantly, Rodney was also our U19s coach and has put into practice the Club's youth development policy. This in turn allowed me to introduce a number of youths to senior level during our three year collaboration. I look forward to our new collaboration which will definitely benefit the Club."

Club President Dr Justin Fenech added, "The Executive Committee approved the move primarily because we know Coach Rodney as a dedicated and hardworking coach. It's not easy managing a squad and assisting with another - but Coach Rodney has done this with a positive approach that has brought results both on and off the pitch. We have faith in Coach Rodney and will be backing him all the way."

Coach Rodney Bugeja's work at the Club as U19 Coach has led to back-to-back Championships: U19s Section D and Section C. As assistant to former Seniors Coach Billy Mock, the Senior Squad managed an historic promotion to Division One.

Technical Director Mock and Seniors Coach Bugeja will now be working together to appoint the three coaches that will form part of the Senior Squad and U19 Squad.