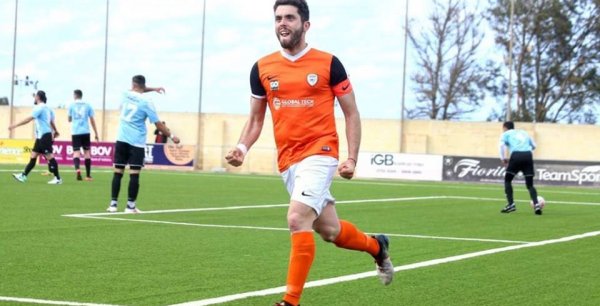 Not many players are able to single-handedly galvanize a team. Then again, not many players are in the mould of Seniors' team captain Roderick Taliana. Stubborn yet resilient, a perfectionist yet pragmatic, 'Captain Fantastic' represents the very best of what Swieqi United has had to offer throughout 2017-18.

Having basked in the adulation of this year's immeasurable achievement, Taliana is in awe of what the club just achieved. 'It was certainly an unforgettable season. Apart from being a united team, we were undoubtedly also a united family. This was a key factor in our successful campaign'.

You get the sense that Taliana and his teammates managed to create a bond of brotherhood so strong that it transcended even into the players' personal lives. Does Taliana now miss this intricate bond the players shared? 'Definitely!' he replies. 'Well, to be honest, now that we've stopped training I am already missing the dressing room and the sessions. You have to understand that we used to literally hang out everyday and the banter was never ending. It truly felt like a family when the camaraderie was non-stop. Together, we are a special group of players.'

Given the fact that Swieqi's average age was solely that of 21.7, how was such a young team able to accomplish such an historic feat? 'We were an incredibly young team, true, so everything we achieved was down to our own natural abilities coupled with a huge impetus and drive from the coaching staff. I believe that these two factors were in themselves extremely crucial throughout the season.'

Now that the team is finally in the First Division, what does this mean to everyone involved with Swieqi United? 'To be promoted (to the First Division) is a tremendous achievement,' replies Taliana, 'especially when you consider that there were many other teams in the league that had more "established" players. We knew there were clubs spending a crazy amount of money, so we had to do something different.'

Naturally, the next question was what exactly was done differently from other clubs. 'We did not have any well renowned players. However, we compensated for that by playing with strength, heart and determination! I believe we caught a lot of teams by surprise and it showed when we started achieving some amazing results. You could feel that the belief in the camp was rife.'

Most of the games won by the team included tight and narrow wins. A 2-1 win vs Fgura and a 1-0 win vs Kalkara in the first round seemed to set the stage. So what galvanised the team accordingly? 'Our secret was to never give in,' asserts Taliana. 'Of course, we had our setbacks - I can recall the major injuries we had [especially those to Shaun Bugeja and Kristian Sultana] and the minor losses we suffered, but nonetheless we always remained united and rallied around our mates whenever needed. No onewas left alone in times of need.'

With a crucial play-off win vs Zabbar (3-0), one might begin to finally realise why this team is indeed special. The bond between the group was strong and Taliana felt the need to lead by example.

'I certainly felt privileged playing for this team, yes. As its captain, it was certainly a pleasure to also play for this club and with this wonderful bunch of young people. This really inspired me. It has been such an honour to get to know so many people and it means so much to us as a group since we managed to achieve what many people had initially said was [to put it mildly]: Impossible! I think we silenced a lot of our critics.'

With a hard-fought campaign finally over, you'd think Taliana and his team-mates are willing to get some much needed rest. But as the group has demonstrated time and time again, these young individuals know no boundaries. 'We just want to continue playing football! [laughs]. Of course, it goes without saying that I would like to thank all the coaches, technical staff and Committee, and my fellow players for really giving their all throughout the campaign.'

'But I'll remind you all of just one small thing - this is just the start of something greater! We're destined for big things! So bring on next season!'