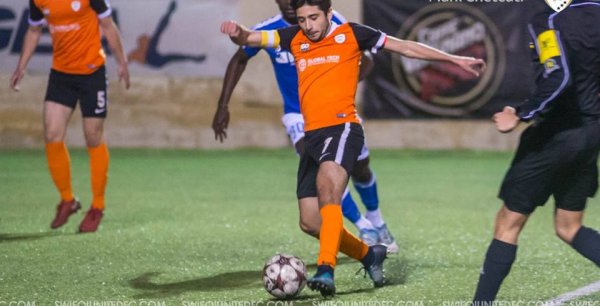 On a chilly night yesterday evening at the Sirens Ground, the Orange gave it their all - and some more - in a knockout match against Mosta, only to fall short against the Blues, losing 3-0 against the national champions.

The first half was incredibly balanced between the two sides, and one could barely notice any differences between the teams. If anything, it was Swieqi who seemed to have the upper hand, with Ben Caruana and Luke Taliana in particular coming tantalisingly close with a couple of well constructed chances. Indeed, had these been put into the back of the net, the complexion of the game might have been flipped on its head completely.

Alas, two minutes before the break, Mosta took the lead, following an action from a corner kick. Buoyed by their advantage, the Blues took to the second half in more confident fashion, and doubled their lead seven minutes after the break, as one of their players managed to beat the offside trap and finish the ball crisply. Mosta then added further gloss to the scoreline as they scored with a well placed finish, with the last kick of the game.

Tried as they might to grab a consolation - and coach Rodney Bugeja's substitutions were all offensive in nature - the Orange could just not break down the Mosta rearguard on the night, which was inpenetrable throughout. It was nonetheless a very strong showing from the Owls, who can be proud of their performance not just during the tie, but also throughout the whole season.