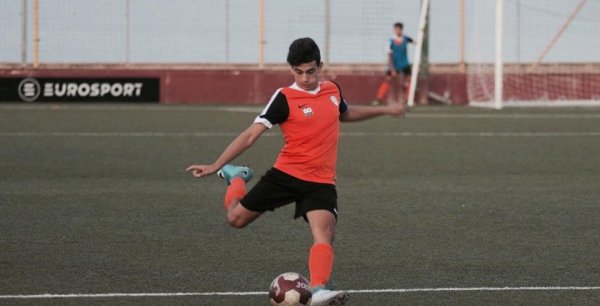 No stranger to challenges, U17 squad captain Isaac Camilleri spent some time talking to Michael Calleja to offer his insight into what's been a very interesting 2017-18 season.

MC: Hello Isaac! It's been a great season for the U17s. What would be your overall assessment of the season?

IC: The team started off shakily, as many of us didn't know each other and didn't have as much chemistry as other teams had. However, after a lot of hard work and dedication from both the players and coaches we managed to bounce back and go on an eleven game unbeaten streak. It was a tremendous achievement by all involved!

MC: You had a slow and nervy start to the campaign. What would you put that down to?

IC: It was certainly very frustrating knowing what you and your team mates can achieve and still not getting the results. However, this was also part of the learning curve. We'll take what we can from the experience and continue to build on it for future campaigns.

IC: Swieqi's coaching staff is, structurally, one of the best in Malta. They all work overtime for us, just to make sure that everything's okay. In fact, most players don't even consider them as just coaches; some consider them as friends too! They've done things that other clubs wouldn't dream of in such a short space of time.

MC: You finished the league campaign very strongly and narrowly missed out on a top two finish and promotion. Are you nevertheless satisfied with the season?

IC: In the beginning of the season our target was 2nd or 3rd place, but after a while we noticed that we can challenge for the title. Everyone gave his 100% and we therefore achieved some excellent results. We should still be proud of what we have accomplished.

MC: Finally, what is your overall take on the club's achievements and what are your hopes and ambitions at SUFC?

IC: Where do I start? This club has formed me as a person and as a player. Apart from just the U17's having a good run, our Minors won Section C and our Senior Squad also got promoted to the First Division! I consider it as an honour to keep on growing with this club and maybe even get the opportunity to play in the Maltese Premier league!

MC: Thank you, Isaac, for your time, and well done on a great season!