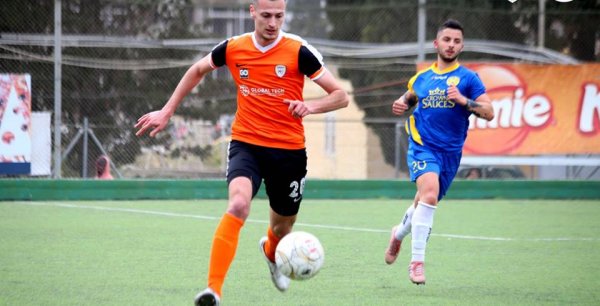 It was a disappointing end to a great campaign for Swieqi United, who fell 3-1 to a spirited and determined Marsaxlokk side in their final game of the season, to conclude their league commitments in 3rd place and move into a playoff for a spot in the First Division against Zabbar St. Patrick or Qrendi.

The Orange seemed out-of-sorts in the match's initial stages, as the Southerners piled the pressure on from the start. Indeed, when they took the lead in the 23rd minute, following a goal mouth scramble that resulted from a corner kick, it came as little surprise, and a just reward for their pressure.

Just as the game seemed to be settling down a little bit, it subsequently exploded into life, with three goals within the span of five minutes. Firstly, the returning Kristian Sultana unfortunately headed the ball past goalkeeper Jean Claude Debattista into his own net to double Marsaxlokk's advantage, before Shaun Bugeja reduced the arrears a minute later with a well placed header from a free kick to give the Orange some hope. Alas, it was not meant to be, as Cleaven Frendo then scored to give the Xlukkajri some breathing space going into the interval.

The second half was a more controlled performance with little action, with the opposition happy to see the game out and collect the three points to end their league commitments on a high. It therefore proved to be a disappointing end to an historic season for the Owls, who will now look forward to their impending playoff for a position in next season's First Division.