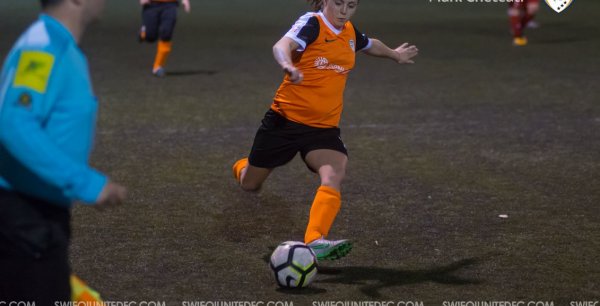 In the 9th minute, Rebecca Naudi received a through ball on the edge of the penalty box, dribbled past the opposition defender and lobbed the ball over the goalkeeper, opening the score for the Orange. Although the squad played the ball round, having the lion's share of possession and creating various scoring opportunities, they only went into half time one goal up.

The Owls increased their lead in the 58th minute, when Simone Buttigieg put her name on the score sheet after finishing from a cross delivered into the box. Six minutes later, Swieqi further increased their lead. After some good movement and footwork, Krista Montfort received a pass on the edge of the penalty box and with the resultant shot, managed to put the ball into the back of the net.

Fifteen minutes from time, Mosta reduced the arrears with a well worked direct free kick. The game therefore ended in a 3-1 win for Swieqi United, who next face Fgura on the 17th April in the last league game of the season.