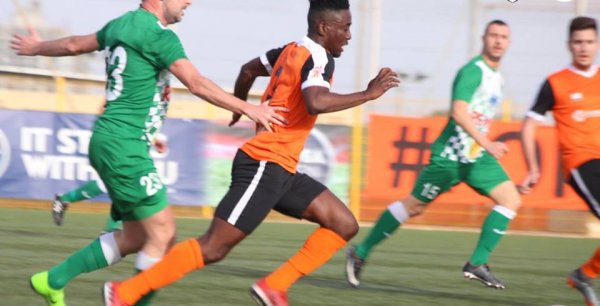 The Orange played some amazing and attractive football which left the southerners gobsmacked in the face of such an onslaught. Swieqi forged ahead after 28 minutes, when Mirco Vella tapped the ball into the net from close range. Sadat Suraka made it 2-0 in the 30th minute when his brilliant run on the left hand side gave the Kalkara defence no chance.

In the second half, Swieqi came out all guns blazing. Roderick Taliana made it 3-0 in the 53rd minutes with a shot from inside the box, before new signing Gianluca Calabretta made it 4-0 after some neat work inside the penalty area. Suraka helped make it 5-0 when his shot was deflected into the net by a Kalkara player and finally Mirco Vella added the finishing touch to the rout with a neat finish past the hapless keeper.

Deep into stoppage time, goalkeeper Edward Gatt was adjudged to have brought down striker Timmy Thomas and the striker made no mistake from the penalty spot, grabbing a late consolation for Kalkara.

Swieqi will now turn their attentions to the challenge of Fgura United, who they face next weekend in a direct encounter for the top spots in the league.