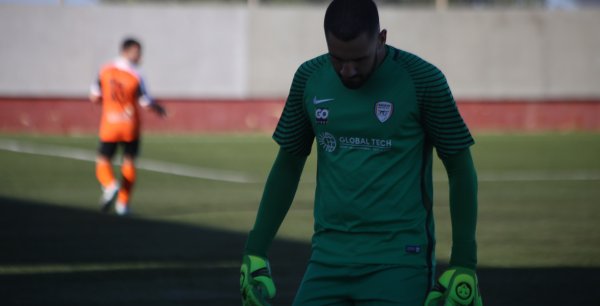 An out-of-sorts Swieqi United slumped to an unexpected 1-0 loss against relegation threatened St. George's last Sunday, a result which keeps the wide promotion race alive for not less than seven teams, while potentially giving St. George's some respite at the bottom of the standings.

St. George's were more than content throughout the match to let the Orange have the lion's share of possession and dictate play in the middle of the park, stifling the attacking trio of Ion Alin Margarit, Nicky Schembri and Roderick Taliana when they reached the final third. Towards the end of the first half, Swieqi found themselves with a glorious opportunity to open the scoring, but unfortunately, the team fluffed its lines when applying the final touch. The Owls then unfortunately lost Kristian Sultana to a nasty injury just before the half time interval.

The second half was more one way traffic, with Swieqi trying to be more enterprising in the final third. Substitute Sadat Suraka thought he finally got the breakthrough in the 83rd minute, spectacularly rebounding Schembri's parried shot into the net, but his effort was ruled out for offside. However, in the 89th minute, disaster struck, as St. George's went on the counter attack and scored from their only meaningful chance of the game.

A disappointing result for the Orange, who will now look to bounce back to winning ways against Kalkara next Sunday at the Luxol Stadium.