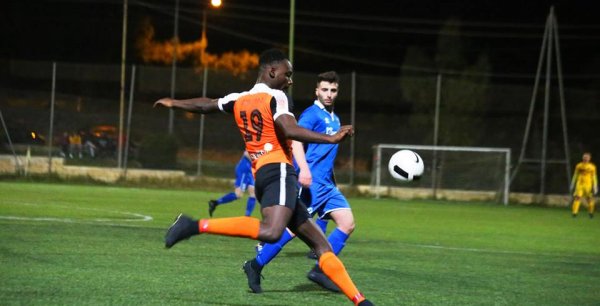 Swieqi United's Under 19 Squad had to come from behind to secure a vital 3-2 victory against Tarxien Rainbows at the Santa Lucija ground.

With both sides fielding very strong teams, this was bound to be a classic and the pre-match hype certainly lived up to its billing. The Orange forged ahead after 14 minutes, when Luke Taliana's free kick was not met by anyone and the ball found its way into the roof of the net. Tarxien responded well to this early setback, and began hassling the Swieqi rearguard, being particularly dangerous from corners and set-pieces.

They managed to get the draw in the 35th minute, despite Swieqi claims that their striker was offside. Smelling blood, Tarxien kept on threatening the Orange's goal, and indeed, Swieqi were in some ways lucky to escape with a 1-1 draw come the break.

During half time, coach Rodney Bugeja changed tactics, and the Orange came out of the dressing room organised and equipped to stifle Tarxien's attack. However, the Southerners were duly rewarded for their pressure when they scored a powerful shot after 54 minutes to make it 2-1.

With no option but to press forward, Isah Doma Yusuf was introduced and his presence began to unsettle the Tarxien defence. The Nigerian pounced on some uncertainty to level the scores in the 67th minute, before Tejumola Ayorinde made it 3-2 a minute later to send the Swieqi bench and travelling support into raptures.

Tarxien did their best to respond, but the Owls' impeccable rearguard kept the Southerners at bay. Yusuf could have made it 4-2 at the end but his shot was well saved by the opposing goalkeeper. When the referee blew the whistle after a pulsating 96 minutes of action, the relief was palpable as players hugged and embraced each other - knowing fully well that this crucial win ensures that the Orange only need one more point to mathematically achieve a top two finish and promotion to Section B for next season.