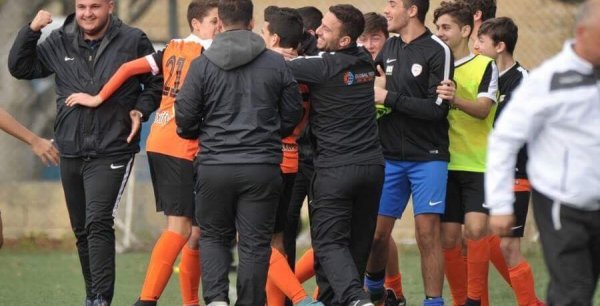 25.02.18 U17: Young Owls with a deserved points against league leaders

Swieqi's Under 17 team faced league leaders Zebbug last Saturday, in a tough battle that was well balanced throughout. The Young Owls, on their part, were looking to continue their fine form, following a fine display in their previous match against Qormi.

The first half was quite an uneventful one, although Swieqi commanded the game in midfield and were the more dangerous team. Despite bossing the game, no team really had any clear cut chances. The first half therefore ended 0-0.

Thirty minutes into the second half, Swieqi were awarded a corner. The resultant corner kick ended at the feet of captain Isaac Camilleri, whose shot straight into the top corner beat the opposition keeper and gave Swieqi a well deserved lead. However, ten minutes later, a Zebbug player was fouled outside the box, with the Rangers equalising from the resultant free kick.

There was more drama towards the end of the game, Swieqi were awarded a penalty as Daniele Ferlaino was brought down in the box. David Cardona stepped up but, unfortunately, his shot sailed over the bar! The game therefore ended 1-1, with Swieqi putting in a much improved display contrary to the first round to hold the league leaders to a draw.