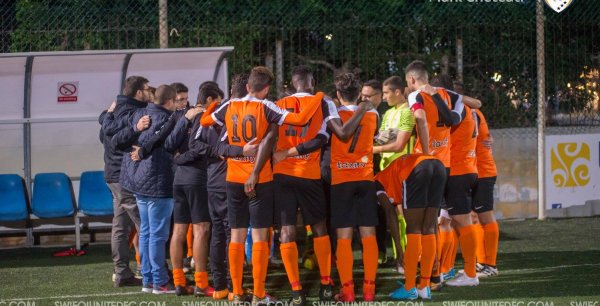 Despite controlling proceedings throughout, Swieqi United's Under 19 Squad yesterday claimed a vital three points against a dogged Santa Lucija side thanks to a single goal from Ben Caruana just before half time.

In very windy conditions at the Pembroke Stadium, Caruana's low, driven shot in the 40th minute, following a beautiful through ball by Matthew Camilleri, proved to be the difference between the sides in a game dominated by a tight midfield battle.

Santa Lucija, to their credit, tried to force the issue by attacking the Swieqi goal in the second half, but rarely troubled goalkeeper Edward Gatt.

The Orange next face Tarxien Rainbows in yet another crucial and potentially decisive encounter towards their promotion hopes and title aspirations.