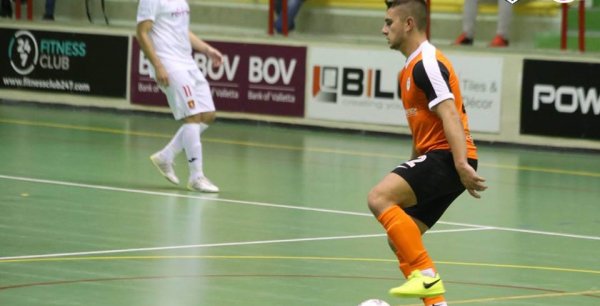 With both Swieqi and Valletta coming into this match with a defeat in their respective Elite round opening matches, both teams sought to make amends accordingly and get back on track.

Valletta had an early chance, but Karl Balzan was alert and made a decent save. Swieqi started to grow in confidence as the match went on and both teams had their respective chances at taking an early lead.

Valletta's Murtaz Kakabadze gave his side the lead through a powerful shot, but shortly afterwards, Swieqi's Shota Chanukvadze equalised from a tight angle.

Valletta continued their search for a lead and were rewarded half way through the first half when Kakabadze scored his second of the night. Dylan Musu then increased Valletta's advantage further with his team's third goal, to give the Lilywhites some breathing space going into the half time interval.

Swieqi emerged more determined in the second half and were being a spot of bother for their opponents. Christian Wismayer narrowed the score when finishing off from close range to give Swieqi some hope of taking something out of this game. However, it was not meant to be, as Camilo Andres Gomez Vanegas scored his team's fourth goal of the night, making the final score 2-4 in favour of Valletta.

Swieqi next face Mriehel ESS in a crucial encounter next Friday, 9th February, at the Corradino Pavillion.