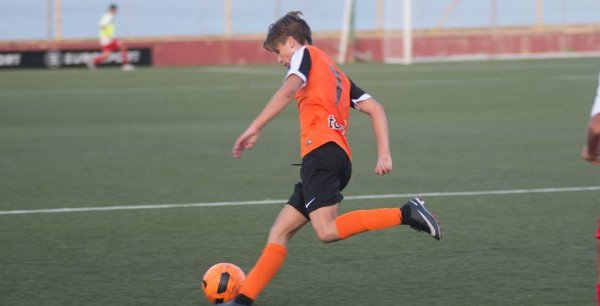 Swieqi United's U17 side were tenacious and plucky throughout in an entertaining encounter with second placed side Qormi F.C., securing a 2-2 draw in a match that any team could have realistically won.

The Young Owls had a great start to the game, with Daniele Ferlaino hitting the post after 15 minutes. Swieqi took the lead soon after, as Shaun Tortell ran through on goal and beat the Qormi keeper with a fine finish. Nonetheless, Qormi, who had only conceded two goals in the league prior to this match and unbeaten to date, managed to overturn the result prior to half time, and therefore went into the break with a 2-1 lead.

The second half was initially quite balanced, but as the minutes ticked on, the Orange upped the ante and started peppering the Qormi goal with various shots on target. In the last minute of the game, the Owls' incessant pressure paid off, as Swieqi were awarded a penalty following a foul in the box; Sasha Peric scoring from the resultant spot kick. Bouyed by this late goal, Swieqi smelt blood and indeed could have won the match in injury time, had it not been for some good goalkeeping from the opposing goalkeeper. However, the match ended up 2-2 - a fair result for both teams, considering the circumstances.

After the game, Daniele Ferlaino was awarded with the player of the month award.